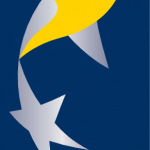 As a result of the initiative of the German ministry, supported by several other states, effective immediately the following rules apply:

Passenger transport flights by private pilots for money are possible to the following extent:

cost sharing by private pilots with aircraft certified for up to 6 persons provided the cost is shared among all persons (including the pilot);

competition or demo flights. In addition to the direct cost, yearly fixed costs can also be applied pro rata and prize money can be accepted;

introductory flights by organizations (clubs, associations) or training organizations according to directive 1178/2011 whose goal is training towards a license or promoting aviation;

dropping off parajumpers, towing gliders or aerobatics by organizations (clubs, associations) or training organizations according to directive 1178/2011 whose goal is training torwards a license or promoting aviation.

The above mentioned rights are granted to holders of licenses according to directive 1178/2001 appendix I, part B and C. Flights by holders of LAPL are limited to 4 persons on board.

The above mentioned types of flights are non commercial flights according to and do not require permission until at least 28 October 2014. Therefore an AOC is not required.