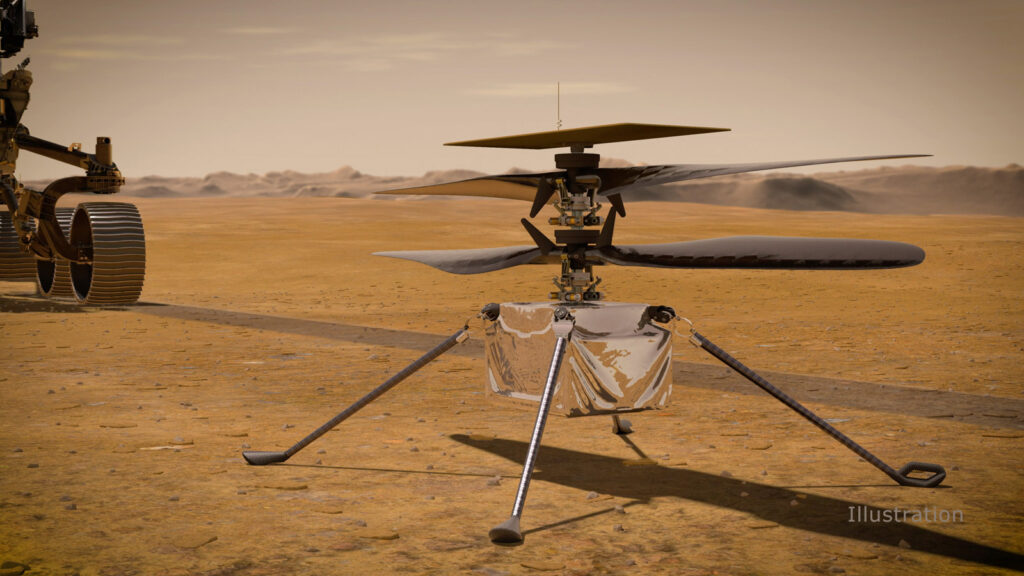 The first aircraft to attempt controlled flight on another planet (Mars) is of course a helicopter named “Ingenuity”. A marvel of engineering featuring four specially made carbon-fiber blades, arranged into two rotors (120 cm diameter) that spin in opposite directions at around 2,400 rpm.
The rotorcraft that was carried by NASA’s Mars rover “Perseverance” safely landed on the surface of Mars after almost 7 months space trip.

Ingenuity will operate autonomously using solar power to charge its batteries and rely on internal heaters to maintain operational temperatures during the cold Martian nights. After receiving commands from Earth relayed through the rover, each test flight is performed without real-time input from Mars Helicopter mission controllers.

If successful during its 30-Martian-day (31-Earth-day) experimental flight test window, the small helicopter will prove that powered flight can be achieved at Mars, enabling future Mars missions to better utilise second-generation helicopters to add an aerial dimension to their explorations.